While “safari” conjures images of wildlife, the word’s origins begin with the Arabic verd “safar” meaning “to make a journey”. A journey to Morocco has everything to overwhelm you –  the amazing colors, smells and sounds of Islamic Africa. Imagine bustling souks and spice markets, stunning mosques, white-washed sea side towns and medieval city centers. With panoramic views varying from snow-covered peaks in the High Atlas to the endless sand dunes of the Sahara, no-one ever has to be bored in this beautiful country. 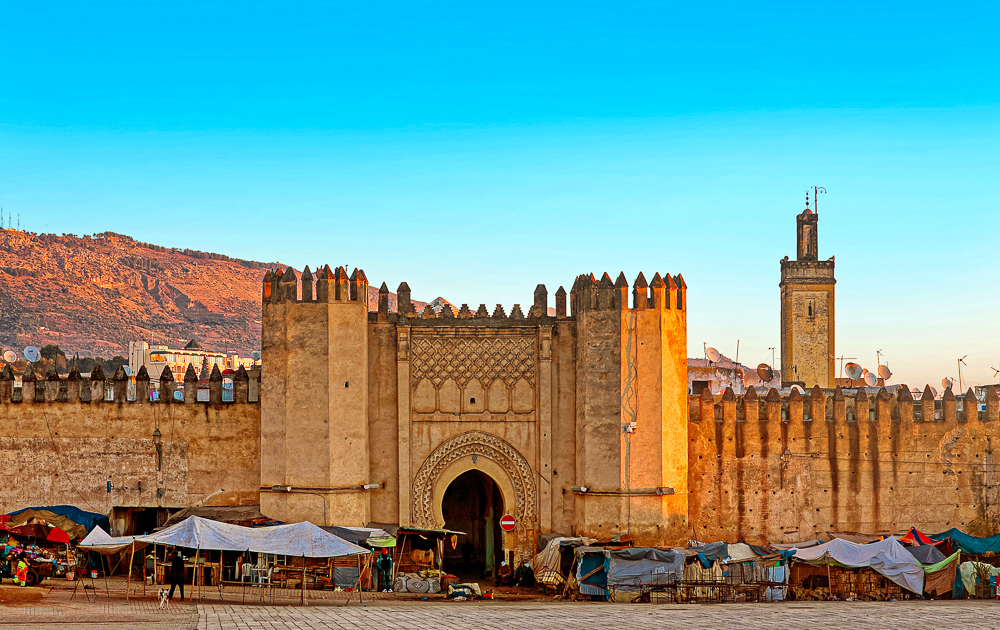 Traditional Moroccan food is a blend of Berber, Arabic, Turkish, Middle Eastern, and French cuisine. Many riads (Moroccan house or palace) offer cooking classes in the big cities like Marrakesh and Fez.  Let us know if this is something that might interest you and we can incorporate the experience into your trip.

Tourism is one of the most important sectors in Moroccan economy and  is increasingly focused on Morocco’s culture, such as its ancient  Berber, Roman and Islamic sights and on its landscape and cultural history.

Geographically, Morocco is made up of four different areas: the Sahara desert, full of Berber towns and oases; the Atlas and Rif Mountains, perfect for hikers; the plains which are home to the imperial cities of Marrakesh and Fez; and finally the sandy coastlines of the Mediterranean Sea and the Atlantic Ocean, graced by small beach towns and the cities of Rabat and Casablanca.  Morocco offers it all and more!