Mozambique and the string of small islands dotted around it including Bazaruto and Benguerra are about as postcard-perfect a holiday destination as you can get. Think crystal blue waters, wide white sand beaches and swaying coconut palms. This string of small islands forms a Marine National Park, its coral reefs are teeming with tropical fish, making these islands a huge magnet for scuba divers and snorkelers. Excellent hotels, restaurants, and a nightlife which thump with a heady Latino beat are the highlights of Maputo, once reckoned among the most fashionable in Africa. Its Portuguese colonial past adds to the unique Euro-Afro vibe.

Maputo is an attractive port, which still retains much of its Portuguese charm. The old town is a maze of narrow streets lined with many buildings dating back to before the turn of the Century. One can pick up exotic spices, nuts and knickknacks at the town’s many colorful markets, the most popular being the bustling marketplace at Costa del Sol.

A string of small sandy islands boasting crystal blue waters and white sandy beaches. The chain of islands, which include both Benguerra and Bazaruto, have become an up-market haven for visitors, who fly there to enjoy the un-spoilt beauty and experience some of the best snorkeling, diving and big game fishing in the world. Vilanculos is the gateway to the Bazaruto Archipelago and an ideal base from which to explore these islands, which not only offer idyllic beach holidays: they are also some of Mozambique ‘s most important habitats for marine animals. They are home to, among other marine life, East Africa ‘s last viable population of the endangered dugong, a large and exclusively marine herbivore.

The extremely rare Dugong has been described as a “”sea cow”” and is a big, gentle grass eater that is most closely related to the elephant. Dugong are found in shallow waters along the world’s tropical coasts, yet have largely been hunted to the brink of extinction. Bazaruto has the largest remaining population in East Africa , raising the profile of the area to a global marine conservation priority. Nile crocodiles can still be seen in the shallow lakes and pools on the islands. The island group is home to all five marine turtle species of the western Indian Ocean . They are highly endangered and in urgent need of conservation. The turtles annually come to the beaches to breed and their nests are extremely vulnerable to predators

Consisting of over 50 coral islands, this archipelago in northern Mozambique has recently been granted protection status in the form of the Quirimbas National Park . The 7500 square kilometer park includes world-class fishing and diving locations.

The magnificent Quirimbas Archipelago in Cabo Delgado Province , Northern Mozambique , is a captivating chain of 27 islands waiting to be discovered by you. These idyllic islands stretch from the quaint city of Pemba in the south to the town of Palma in the north. Some of the charming islands in the south include a vast expanse of enchanted forest in the Quirimbas National Park . The park was established in 2002 as an answer to the local community’s need to nurture and sustain their precious natural environment. Feeding and nesting grounds for the park’s delightful population of sea turtles, dugong, dolphins, sharks and whales are found here.

The Quirimbas have enormous cultural and historical value, with a combination of Arabian, Portuguese, and African influences. The magnificent old fortresses on Ibo Island boast intriguing historical and fascinating sites. With mangroves, coral and palms, this island tells a story of slaves, pirates and ivory. The impressive marine area of Quirimbas National Park includes 11 coral islands stretching for 100 km. These islands feature phenomenal vertical drop-offs, some up to 400 meters. These walls are abundant with coral covered caves and tropical fish ranging from gobies to mammoth Napoleon Wrasse and game fish including Kingfish and Spanish Mackerel.

Pemba – formerly known as Porto Amelia – is a historic town, steeped in colonial and trading History and a gem to explore. There are local and traditional shops, as well as an authentic local market or Souk, where arts and crafts, as well as traditional silverware can be bought.

Location:
In south-eastern Africa bordering the Indian Ocean in the east, Tanzania in the north, Malawi and Zambia in the northwest, Zimbabwe in the west and Swaziland and South Africa in the southwest.

Languages: Portuguese is the official language, while Tsonga, Sena-Nyanja and Makua-Lomwe are the national languages. English is not widely spoken outside of major hotels and tourist attractions.

Size:
784,090 km² with a coastline of 2,470 km. Mozambique is comparable in size to Turkey , and is somewhat larger than the US state of Texas . The country is divided into 10 provinces and 1 capital city with provincial status. The provinces are Cabo Delgado, Gaza , Inhambane, Manica, Maputo (city), Maputo , Nampula, Niassa, Sofala, Tete & Zambezia.

Geography:
The landscape is mostly coastal lowlands, uplands in the centre, high plateaus in northwest and mountains in west. The Zambezi River flows through the north-central and most fertile part of the country.

The climate of Mozambique is typically tropical, with a wet season during summer, between October and March, and a dry season from April to September. There is little variation of temperatures between the seasons, differences confined being dependent on altitude. The wet season brings the heaviest rain along the coast, and cyclones can occur during this period.

Second Traveler pays only 25% for travel in June, Premier Level 6 nights at the exquisite 5-star BELMOND Game Lodges and 1 night in Johannesburg $12,595 per person sharing, second travelers pays only $3,150 This Special is not to be missed  Valid for travel in June 30, 2020  BOOK NOW to secure space Premier Package Inclusions
Read more… 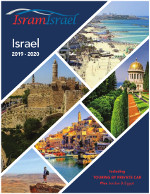