History of a Dynasty Saudi Arabia

On our History of a Dynasty Saudi Arabia tour, explore the best attractions of Riyadh, visiting the top-rated sights of the city. Traverse some of the world’s finest desert scenery, marvel at the mountainous landscapes near Riyadh at the Edge of the World. Explore Dedan, an ancient oasis, for other fascinating archaeological remnants attesting to thousands of years of human history and the influences of different cultures and empires that took hold of the region. This astonishing journey takes us deep into the heart of Saudi Arabia’s ancient landscapes, visiting sites that few travelers from beyond the Arab world have ever seen.  Blessed with a remarkable cultural heritage, visit several of Saudi Arabia’s spectacular World Heritage sites including Mada’in Saleh. This journey ends with a visit to Jibal Al-Rukkab and Leopard trail and Jebel Al-Fil relaxing at the fascinating “Elephant rock”. This unique off-the-beaten-path experience highlights the history, culture, and nature of the Al-Ula region of Saudi Arabia. Come experience the History of a Dynasty Saudi Arabia. 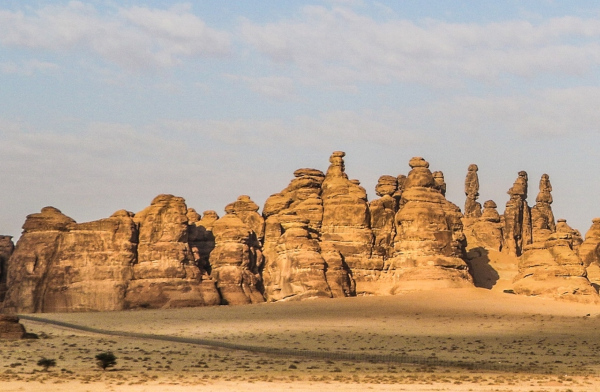 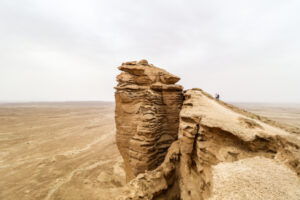 Begin your History of a Dynasty Saudi Arabia tour upon arrival at King Khaled International Airport, where you will be met by a Great Safaris representative who will assist you to the vehicle for the private transfer to hotel located in the vibrant Tahlia Street.

The first tour takes you to the old city of Diriyah, Wadi Hanifa with lunch in the city. In the afternoon, take an off-road drive to the most famous natural wonder of Riyadh Province: the Edge of The World before returning to the hotel. 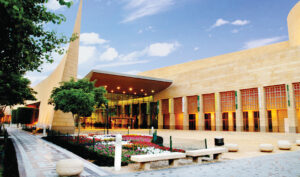 Highlights of today’s touring includes a visit to Riyadh National Museum, Murabba Palace and Masmak Fort, a visit to the Dira Souq Traditional Saudi market and the famous landmarks of Riyadh, the Kingdom Tower and the Faisaliah Tower, both great architectural achievements. The day’s touring ends with an afternoon transfer to the airport for the flight to Al-Ula or Tabuk. On arrival you will be warmly greeted by a Great Safaris representative followed by a transfer to your desert oasis. 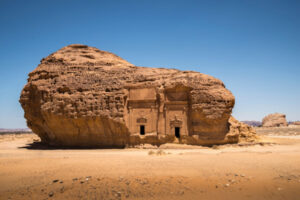 Following breakfast, explore Al-Ula, an ancient oasis in the desert valley, visiting two ancient carving sites in Al-Ula and passing by the ancient city of Dedan. Touring continues to the Old city of Al-Ula that, at the beginning of the Islamic era, became an important staging post along the pilgrimage route to Mecca. Visit the ancient sites of Ekma and Abu ‘Aoud, where the people of the oasis wrote texts in ancient scripts. Finish this special day on top of the Harrat Al-Uwayrid for an amazing viewpoint of the oasis of Al-Ula. Return to you resort after the day’s touring.

Today’s journey begins with a visit to the famous Hegra (Mada’in Saleh) which is the first site of Saudi Arabia to be listed as an UNESCO World Heritage site. Following lunch head towards Jibal Al-Rukkab and Leopard trail and visit Jebel Al-Fil to spend some time next to the “Elephant rock”. After an informative day of touring, head back to the resort.

The final day of your History of a Dynasty Saudi Arabia tour ends with a leisurely breakfast reminiscing over your Arabian adventure.  The mid-day checkout is followed by a transfer to Al Ula or Tabuk airport.