The Blue Train has an aura of mystique about it. Kings and presidents have traveled on this magnificent moving five-star hotel. Sleek and speedy yet whisper-quiet, the Blue Train uses its magnificent muscle to deliver its passengers to their destination with elegance and speed. 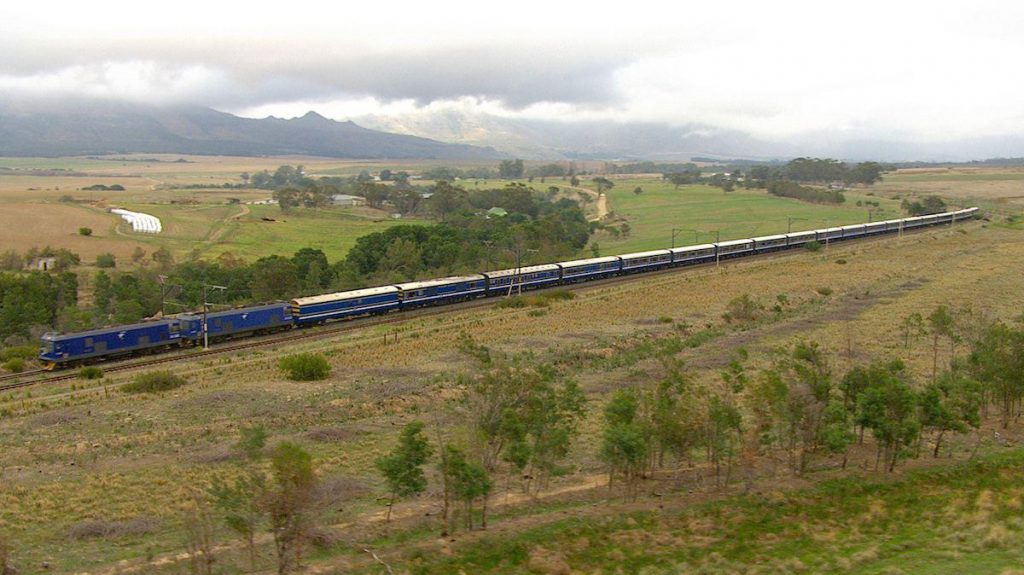 The famous Blue Train (faster than a speeding bullet, sleek, gorgeous and whisper-quiet) offers a 5 star ride on the rails, serving sumptuous cuisine on silver plates and aged wines sipped from fluted crystal. Accommodations are a plush as any luxe hotel room, with en-suite bathrooms, fine linens and a butler to pamper guests 24/7.

The Blue Train traverses South Africa and its breath-taking scenery in a manner that befits the mystique that has grown around it.  Kings and presidents have indulged on this magnificent, moving five-star “hotel-on-wheels”. From love-struck honeymooners, to adulated celebrities. And even ordinary folk who romanticize about a life of spectacular luxury, a life that has seemed tantalizingly out of reach. Until now… Welcome aboard The Blue Train. Your unforgettable experience is about to begin

The Blue Train was steam-rolled into being in the 1920s. The two original trains, known then as the Union Limited and the Union Express, meandered their way as far as the Great African Railway would allow – a bridge straddling the Zambezi River, showered by the “thunderous smoke” of the Victoria Falls – a trip taken by former State President, Thabo Mbeki in 1998. 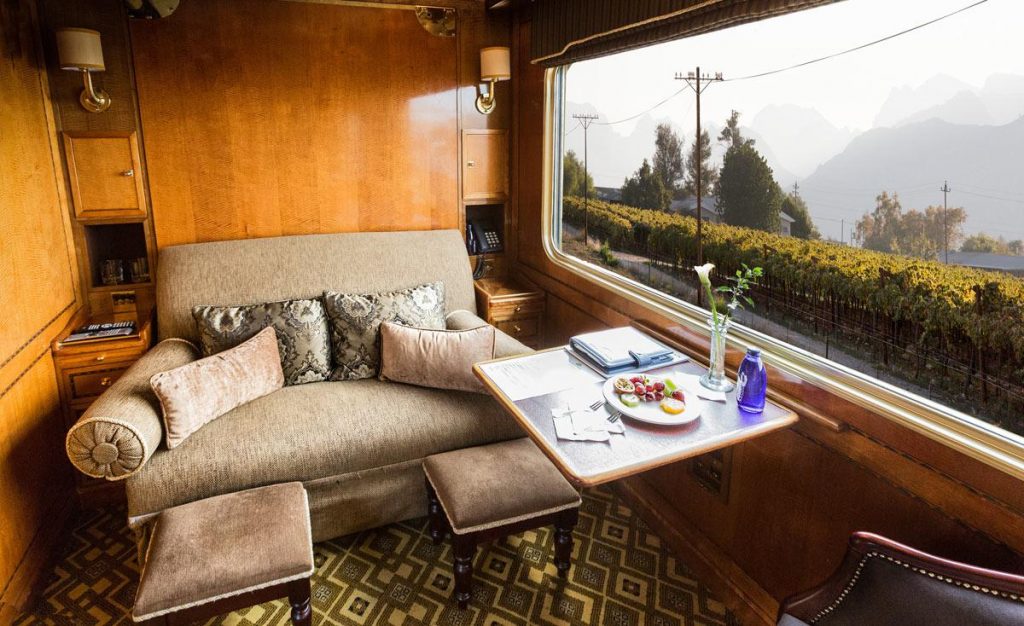 As news of the discovery of gold and diamonds traveled afar, thousands flocked to South Africa’s Witwatersrand – Ridge of White Waters – with a dream of digging their way to untold riches. The railway lines became utilitarian, ferrying society on the move. But the ridge’s mineral wealth soon funded a burgeoning upper-class, one that came to expect a more opulent mode of transport. And the Union carriages became standard-bearers of the easy-living heyday of the 1920s, boasting everything from card tables to ceiling fans, to hot and cold water on tap.  After being pressed into military service during World War II and then reincarnated in 1946, the trains’ distinctive royal blue and cream shades gave rise to “those blue trains” intimations. It was in these shades that a legend was born, that The Blue Train would soon ride the rails to legend.   A carriage-by-carriage refurbishment in the 70s and modernization from steam to electricity and diesel in the 90s, defined this train as an unmatched experience of luxurious modern travel, and yet invoked the romance and history of its glittered past.